More than a Television Station!!

Since 1964, WBGU-TV has been an active part of the communities it serves – working with residents to make this area a better place to live and work. About 4,000 members think of WBGU-TV as a "community asset" and have come to realize that the station is truly a "lifelong learning resource." One of the main differences between WBGU-TV and other commercial stations is the Educational Workshops offered throughout the broadcast area. Other services offered at the WBGU-TV studios at the Tucker Center for Telecommunications are business teleconferences and video production.
For WBGU-TV to serve its viewers, it must be a "mirror" reflecting accurately the full diversity of the population. Differences in age, race, gender, religion, workplace, ethnic origin, sexual orientation and socioeconomic status are recognized, appreciated and served through the various productions of WBGU-TV and its PBS affiliate.

To truly serve, WBGU-TV reaches out to the community, striving to make programming and other services that enhance your life! For example, youngsters learn to treat one another fairly; students discover the wonders of science; and adults find help with hobbies. In addition, everyone learns about their community and the worldwide events that affect us all. WBGU-TV's local programs and documentaries are designed to broaden knowledge and meet the specific needs of viewers.
WBGU-TV constantly seeks viewers' ideas about local issues. With viewer input, WBGU-TV can provide programming that interests you. Please call, write or email your ideas and concerns.

WBGU-TV signed on Monday, Feb. 10, 1964. Since then, WBGU-TV has grown from a small studio in South Hall on the Bowling Green State University campus to a thriving "teleplex" ready to meet the technological challenges of today’s communications industry.

When it first went on the air, WBGU-TV only broadcast for a couple of hours in the late afternoon and early evening. Now, the station has a full 24-hour programming day, with a schedule packed with programs that entertain, educate and inform. WBGU-TV also supports two additional “sub” channels – WBGU-TV Encore and the Create Channel with an emphasis on programs devoted to cooking, travel, woodworking, art and more.

Along with a program schedule that is seen every day by thousands of viewers, WBGU-TV offers much more to the communities its 1 million-watt signal reaches. WBGU offers educational services to help young people and lifelong learners to discover and explore new ideas; production facilities used by area businesses for teleconferences and seminars; and a host of outreach activities dealing with issues including illiteracy, drug abuse and the environment. WBGU-TV is much more than just a television station – it's a true community asset.

On Friday, May 6, 1994, The Bowling Green State University Board of Trustees named the building that houses the university's public television station "The Tucker Center for Telecommunications" in honor of Dr. Duane and Margaret Tucker. The Tuckers were instrumental in establishing WBGU-TV and The Northwest Ohio Educational Technology Foundation which serves elementary and secondary schools throughout the area. A formal dedication ceremony took place Saturday, October 8, 1994. Tucker began his career at BGSU in 1959 as the first head of the radio/TV/film department. He instituted the university's closed-circuit instructional television system in 1963. In 1964, in association with Vice President Dr. Kenneth McFall, Tucker initiated WBGU-TV, which quickly established itself as one of the country's most respected educational television operations.

The progression of WBGU-TV from a 10,000-watt, black and white station to a 1 million-watt, color, stereo operation happened under Tucker's leadership of more than 25 years. The station now serves 19 northwest and west central Ohio counties. WBGU-TV has produced numerous programs that have gained international play and accolades. In addition to his accomplishments on behalf of WBGU-TV, Tucker was instrumental in the planning and design of the Ohio Educational Broadcasting Network and has served as president of the Ohio Educational Television Affiliates.
Margaret Tucker also significantly contributed to the accomplishments of WBGU-TV. She served as director of the Northwest Ohio Educational Technology Foundation and built the service from one that served a few area schools to one that serves approximately 140 school systems and more than 150,000 students with educational television programs, a video library, and computer/ allied technology services training. She served on the All Ohio School Board and received numerous awards including the Ohio Educational Broadcasting Commissioners' Award as well as awards from the Central Educational Network for News 6, a news program produced by area sixth graders; and for her series “Knowing About Growing.”
The Tucker Telecommunications Center is located at 245 Troup Avenue on the southern edge of the BGSU campus.
WBGU-TV's current Senior Planning Team Members are:
Tina Simon - General Manager - Finance, Development & Programming
Anthony Short - General Manager - Production, Engineering and Educational Services
Steve Kendall - Director of Media Acquisition, Distribution and Storage
Tom Cummings - Director of Engineering & Technical Services 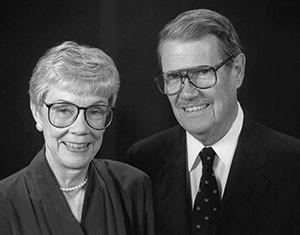 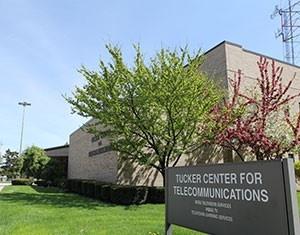 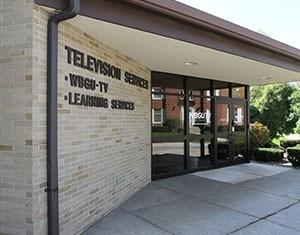